It is with profound sadness that we announce the passing of Brian Grace, May 14, 2021, at the Brandon Regional Health Centre, with his wife Susan by his side.

The day after he graduated high school at the age of 14, Brian began his working life as a farm mechanic. He was conscripted for two years of National Service in the British Army. As a young man he developed and pursued his love for motorcycle racing until his first marriage and moved on to coach racing. In 1976, Brian moved his family to Canada in search of a better life, all the while missing his beloved Yorkshire, until the day he died.

The first two years of his new life were spent in Austin, Manitoba moving on to Neepawa in 1978. During his seven years in Neepawa, his experience and expertise in large farm equipment allowed the good fortune of a few businesses to have him in their employ and he also tried his hand at owning and operating a Honda dealership in Plumas. Years later, while attending Ag Days in Brandon, farmers would bump into him and reminisce of equipment once repaired by him and still in service! Brian took great pride in those accomplishments and memories.

Brian finally put down some deeper roots in Brandon after a short time in Deloraine. He spent a few more years working as a mechanic. He then took over the running of Kokonas Restaurant Limousines from Albert Kokonas, later purchasing it and renaming the business to Brandon Luxury Limousines. He and his wife Susan continued running the business until they sold it and relocated to Carberry in 1999 where he took up working as a mechanic once again. In Carberry, he became a constant and appreciated fixture at two of the local Hutterite colonies fixing equipment and schooling the boys in the trade. Finally, it was time for Brian to retire from being The GRACEous Mechanic and moved back to Brandon in 2019.

He spent his retirement listening to his beloved brass band music! It was in his blood, developed at a very young age. Brian played the euphonium with the Grimethorpe Colliery Brass Band in England. He felt a great sense of community when the band would gather to play hymns at the coal mine entrances if miners were in jeopardy. Years later, he listened to and conducted favourite pieces from his chair or bed right up to two days before his passing.

Brian’s other great love was FOOD! He could whip up a meal in no time! There was no saying no to him and there was no leaving hungry! With his love for food came the joy of grocery shopping, his favourite hobby, along side being an avid vegetable gardener.

Brian was also blessed with a great sense of humour outwitted by no one! He loved telling stories and jokes in the hopes of a response, any response!

Brian’s wish was to not have a service or a viewing of any type. Cremation has taken place and Ronald Moffit Memorial Services of Portage la Prairie are entrusted with all arrangements.

As family and friends desire, donations may be made in Brian’s memory to the charity of their choosing. To leave condolences for Brian’s family, please visit our website at http://www.ronaldmoffitmemorialservices.com. 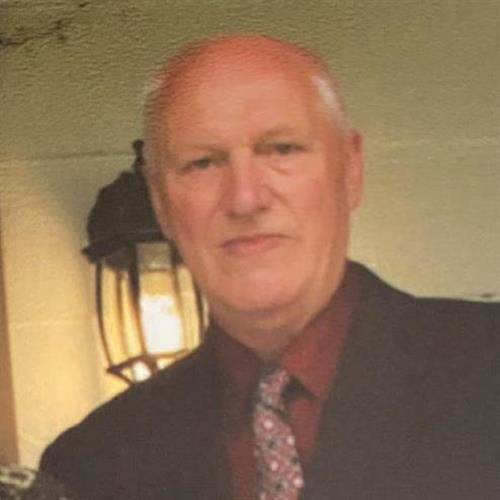 Here are the tributes to Brian Grace.

Would you like to offer Brian Grace’s loved ones a condolence message? Write your message of sympathy today.