It is with great sadness, the family announces the passing of Betty Murray on August 6, 2022 at the age of 84.

Betty was born in the North End of Winnipeg at St. Joseph's Hospital on Salter Street in 1938. She lived in Kawene, ON; Gimli, Roblin & Winnipeg, MB and Fort William, ON during her childhood years. In Winnipeg, Betty attended Machray School, Norquay School, Holy Ghost School, Miles Macdonell Collegiate & St. Mary's Academy. Betty worked at D'Allaird's & the Winnipeg Public Library in her younger years.

Betty returned to the work force in 1986 after being a stay at home mom. She served on committees & completed cake orders on the side. Betty started back at Eaton's on Portage Avenue on the third floor, Fine Foods then Candies till the store & company closed in 1999. Then she worked at Fenton's Cheese Shop at the Forks until she retired in 2011.

Betty volunteered extensively throughout her life helping her communities especially her church & her children's schools. She believed in social justice & helped with a program, Project 3 Acres for people with challenges in the late 1980s. Betty & Gerry helped babysit their grandchildren whenever opportunity presented.

Betty & Gerry celebrated their 50th wedding anniversary with family in 2009. They were married for 55 years & together for over 60 years.

"Life is eternal; and love is immortal; and death is only a horizon; and a horizon is nothing save the limit of our sight." - Rossiter W. Raymond

The family would like to thank the staff of St. Boniface Hospital's ICU & Palliative Care Unit for their compassionate care after Betty's sudden health crisis on July 28, 2022.

Family & friends are welcome to sign the book of condolences on the online Chapel Lawn memorial page too.

Please consider sharing your own photos, memories, and stories by making use of the comment section on the site.

Thanks for the outpouring of love & prayers for Betty. 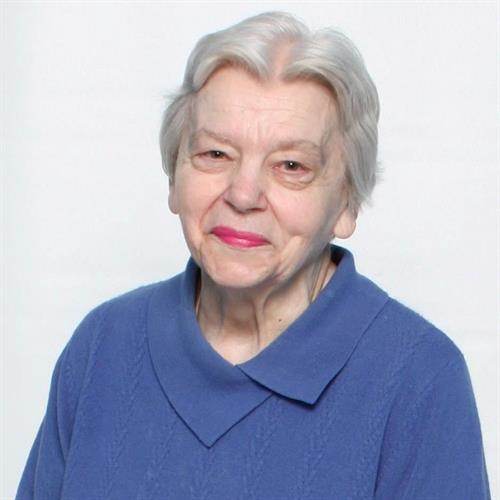 Would you like to offer Elizabeth Anne (Dougloski) Murray’s loved ones a condolence message? Write your message of sympathy today.