It is always difficult saying goodbye to someone we love and cherish. Family and friends must say goodbye to their beloved Bernard (Bernie) Michael Hedderson (St. Johns, Newfoundland), who passed away at the age of 82, on March 21, 2021. Family and friends can light a candle as a loving gesture for their loved one. Leave a sympathy message to the family in the guestbook on this memorial page of Bernard Michael Hedderson to show support.

He was predeceased by his son, Sean; his parents, Bernard and Josephine; his step-daughters, Theresa Wiseman and Agnes Whelan; and his siblings, Thomas, Jim, Frank, Bill, Anna, Nell, Bess, Peggy, Bernadette and Mary.

Born and raised in St. John’s, the 8th of 19 children, Bernie developed a strong work ethic as a young man. He worked many different jobs before joining the St. John’s Regional Fire Department in 1965. Throughout his 25 years of service with the fire department he was promoted to Lieutenant and retired at the age of 52. During his 30 years of retirement Bernie continued to work in other fields, but he always made time to travel to the mainland to visit family and friends.

Bernie was a loving dedicated brother, husband, father, grandfather and great-grandfather. His happy place was “Bernie’s Garden” in Marysvale where he spent many weekends with his family. He loved to get everyone together for family suppers, singalongs, to watch sports, and for many other celebrations.

Though small in stature, Bernie had a huge personality, having a lasting impact on everyone he met. His passing has caused an enormous void in our lives and he will be missed tremendously.

As expressions of sympathy flowers are gratefully accepted or donations may be made in Bernie's memory to the Heart and Stroke Foundation.

Here are the tributes to Bernard Michael Hedderson.

Would you like to offer Bernard Michael Hedderson’s loved ones a condolence message? Write your message of sympathy today. 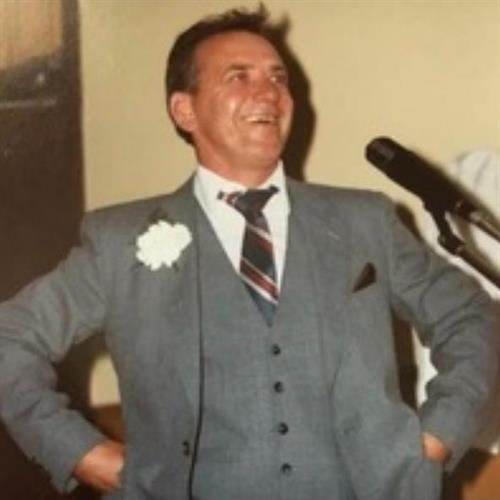