Funeral arrangement under the care of
Beechwood Funeral Home

It is with great sadness to announce that Robert “Bob” Phillips passed away peacefully at Hospice Renfrew on May 27th, 2022, in his 75th year, following a long and courageous battle with cancer. Predeceased by his parents Ted and Alma Phillips formerly of Capreol. Beloved husband of Linda Phillips (née Laforce). Loving father to his three children; Kimberley (Rob), Sean (Petra), and Robyn (Ben). Bob’s pride and joy was his grandchildren; known fondly as “Poppa” to Kirsten, Noah, and the late Neveah. Brother to Grace Leonard of St. Albert, AB (Gerry), and the late Connie Brown of St. John, NB.

Bob was born in Port Arthur, Ontario on September 17th, 1947 and spent his early years in Pass Lake and Armstrong, Ontario. Bob also lived in Capreol, ON before joining the military. Bob fulfilled his life long career dreams by enjoying a long career in the Canadian military and working as an engineer for Ottawa Valley Railway and the GO trains Toronto.

The family would like to sincerely thank Dr. Pinard and all the staff at Renfrew hospice for providing warm and compassionate care during the last months of his life. The family would also like to thank Dr. Blaine and Dr. Rheaume.

A celebration of life will be held at Beechwood Cemetery at 280 Beechwood Ave., Ottawa, ON. Visitation will be held from 11am to 1pm; followed by a service from 1pm-2pm. Burial to follow from 2pm to 2:30pm for those that would like to attend.

In lieu of flowers, donations to Hospice Renfrew in Renfrew, ON, or the Canadian Cancer society would be greatly appreciated.

Funeral arrangement under the care of
Beechwood Funeral Home 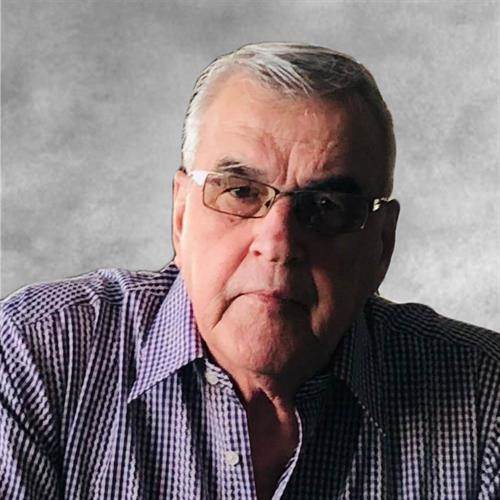 Would you like to offer Robert Phillips’s loved ones a condolence message? Write your message of sympathy today.

“The Phillips Family. Knowing and working with Bob was a pleasure. He was a gentle giant of a man. My heart sank when I heard of his passing. A man like Bob only comes around once in a blue moon. You were truly blessed. Doug Briscoe”

There are no events at this time. If you know of an upcoming event for Robert Phillips, please add one.