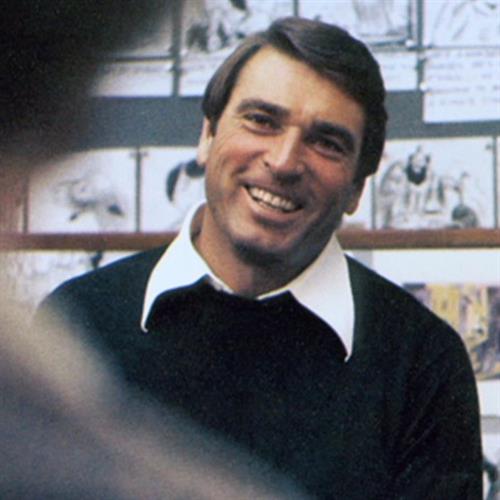 “In loving memory of Ron Miller, Please accept our most heartfelt sympathies for your loss. ”

The former president and CEO of Disney, Ron Miller, has passed away in Napa, California at the age of 85.

Ron Miller served as president and CEO of Disney from 1978 to 1984. He was also the president of the board of directors of Walt Disney's Family Museum.

After college, Miller pursued a short career in the NFL and joined the Los Angeles Rams, before taking a job with Disney and becoming employee No.6 on the original Disneyland team. During his time as president and CEO, Disney released such films as "Tron and "Black Hole". The Disney Channel also began under his watch in 1983.

Donations may be made to the memorial fund that The Walt Disney Family Museum has established in honor of Ron and Diane Disney Miller. Donations and cards can also be sent to the family through The Walt Disney Family Museum, attn: Director’s Office; 104 Montgomery Street, San Francisco, CA 94129. Leave a message of sympathy on Ron Miller's commemorative page and light a candle to show your support.

Here are the tributes to Ron Miller.

“In loving memory of Ron Miller, Please accept our most heartfelt sympathies for your loss.”

Would you like to offer Ron Miller’s loved ones a condolence message? Write your message of sympathy today.

“Our condolences, We are so sorry for your loss, pain, and mourning. Almighty God personally promises at Revelation 21:3, 4, to those of us, in pain and mourning that "God will himself be with them. God will wipe every tear from their eyes, and death will be no more, neither will mourning nor outcry nor pain be anymore. The former things have passed away." The person who dies is remembered by God, shown at John 5:25-29, and he remembers those who mourn too. May you gain truth and comfort from the Promises at Isaiah 65:17, 20-25, and 2Peter 3:13. The Bible shows at Hebrews 6:18, Numbers 23:19, and Titus 1:2, God cannot lie, as we humans can and do, it is impossible for Him to lie, so take solace in the promises at Isaiah and John, for you and for your missed loved one. Psalm 83:18, & Isaiah 55:8-11 gives comfort also. Agape’ Woo”

Like our page to stay informed about passing of a loved one in Napa, California on facebook.