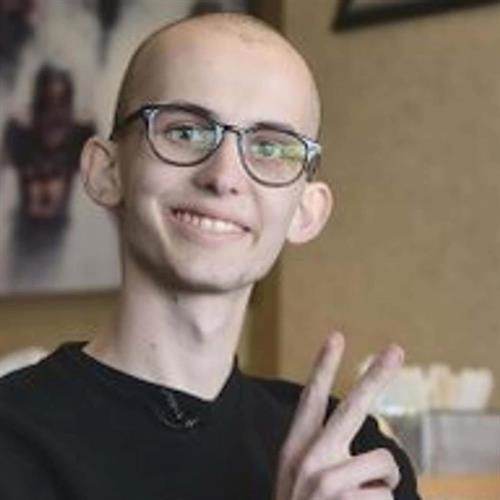 “In loving memory of Tyler Trent, Someone so special will not be forgotten.”

“In loving memory of Tyler Trent, Our thoughts and prayers are with you and your family during thi...”

On January 1, 2019, the Purdue Superfan, Tyler Trent, passed away at the age of 20 after fighting his third battle with osteosarcoma. His inspiring story created an outpouring of national support and helped generate awareness and donations for cancer research.

Trent was featured on numerous ESPN features and was named the recipient of the Disney Spirit Award. He was in attendance during Purdue's surprise victory over No. 2 rated Ohio State on Oct. 20, 2018. He was named an honorary team captain for the Old Oaken Bucket game against Indiana, which they won 28-21.

Tyler Trent was an aspiring sports writer and IndyStar columnist. He wrote an autobiography titled, "The Upset: Life, Sports, Death, and the Legacy in Between The 'TYLER STRONG' Story." A part of the proceeds from each book sold goes towards cancer research. Light a candle and leave a message of sympathy on Tyler Trent's memorial page to show your support.

Here are the tributes to Tyler Trent.

“In loving memory of Tyler Trent, Someone so special will not be forgotten.”

“In loving memory of Tyler Trent, Our thoughts and prayers are with you and your family during this difficult time.”

Would you like to offer Tyler Trent’s loved ones a condolence message? Write your message of sympathy today.