John Kenneth Normann, 88, died on September 19, 2021, ending a fulfilled life where he once said, “If I’d known I was going to live this long, I would have taken better care of myself!” He was born December 1, 1932 in Crookston, MN to Bergliot (Johnson) and John P. Normann, Norwegian emigrants. The baby of 13 children, JK was the last surviving member of this Normann generation, and he was proud to have recently learned from ancestral research that he actually came from a royal Scandinavian bloodline on his paternal side, from which came a millennia of Norse kings (20 B.C. - 1103 A.D.). His favorites included Angantyr “The Berserker”, Harald “Bluetooth” Gormsson, Eric I “The Good” Estridsen, and Frodi III “The Peaceful”, who drowned in his own mead. He was even related to a known saint, St. Olaf Haraldsson II, the patron saint of Norway, who was a great uncle.

Growing up, JK remembered participating in school-wide scrap iron drives to support the war effort that was eventually collected by some agency and turned into who knows what. His family also saved paper and leftover cooking oils and greases. In the summer he gathered milkweed seedpods growing along the highways and railroads for use in munitions and plastics (known as “celluloid” in those days). Film that his dad sold at his Unique Photo Studio came wrapped in “tinfoil”, but he thought it was actually “lead foil”, and it and similar packaging from cigarettes was also valuable for use in the war effort and was saved religiously. As soon as JK was tall enough to reach over a 30-inch high counter he was put to work drying photographs and sorting the prints by customer number in his dad’s studio. Eventually he was assigned tasks in the darkroom, operating the stapler, and cleaning the presses, but was allowed frequent escapes to the swimming pool that was just a block away.

JK graduated from Central High School in Crookston in 1950. He and two of his best buddies enlisted in the USAF when hostilities erupted in Korea. He served in an Air Rescue unit in the central Pacific providing support for the early nuclear testing on the Eniwetok Atoll. After his honorable discharge as Staff Sergeant from the Air Force he enrolled at the University of North Dakota, and graduated with a degree in Industrial Education.

In 1955, he married the love of his life Alfreda (Johnson) at the Cathedral of the Immaculate Conception in Crookston. They moved West just a few years later as his initial teaching assignment was in Wapato, WA. A subsequent teaching assignment followed in Springfield, OR. He attended graduate school for one summer at the University of Washington and later entered a masters program at Oregon State University. He then joined the Brodhead-Garrett Company in a sales position covering the northwest. In 1982, he became a regional manager of B-G in Sacramento, CA, supervising sales staff in thirteen western states. In 1986, he was transferred to Cleveland, OH and later became the company’s national sales manager. He served on the lay advisory committees of Industrial Technology Education programs of two universities. He later became the Industrial Sales Manager of Taylor Woodcraft in Malta, OH. When Taylor Woodcraft ceased operations he was instrumental in establishing the Hann Manufacturing Company in McConnelsville, OH.

JK is remembered and admired as being a man that could build or repair just about anything. His ingenuity and intelligence guaranteed that if he didn’t know how, he’d figure it out. His consummate work ethic was passed onto his kids: anything worth doing is worth doing well. He designed and crafted unique furniture pieces, tinkered with his tools, cars, and motors of all types, engineered shelving or benches to be useful around the house, and created beautiful wine cork trivets as gifts to his family and friends.

He and Alfreda had three children, Lynn of Pickerington, OH, Eric (Lorrie) of Veneta, OR and Nicole (Scott) Fleckenstein of Queen Creek, AZ. His parenting style was one that not only earned respect from his kids (he could discipline with just a stern look), but also much laughter as they all benefited from his wit and off-color sense of humor. He had the gift of making anyone laugh. His family was lucky enough to appreciate him the most as his love of family was often admired as his most endearing quality.

No one can ever remember seeing JK shy, embarrassed, or uncomfortable. His unflappability in any situation put others at ease, calmed tensions, or simply made others join him in laughter. His strength of character, spirit, and faith were the best role models for his children and grandchildren, as was his humility, honesty, and integrity. He definitely lived his life according to the belief that life is good when you are happy, but it’s much better when others are happy because of you.

After traveling all 50 states and some Canadian provinces in his working years, he and Alfreda enjoyed traveling internationally and just “goin’ down the road” visiting numerous national parks and visiting kids and grandkids after retirement in 2005. In 2010, they resettled to San Tan Valley, AZ and played the important roles of Papa and Nana to their youngest grandchildren.

Photography, learned at his father’s photo studio, was a favorite hobby. He also enjoyed “fussing” with roses and other flowers, “cussing” at those pesky rodents chewing up the yard, and “messing” with the bird feeders (starlings not permitted!) hanging from the trees. He was also quite skilled at the barbecue and smoker, of which his family and a few fortunate friends were the lucky beneficiaries. He had a lifetime interest in aviation and autos, and could identify plane models as they jetted across the sky. JK was simply a lover of knowledge, as he had the ability to name nearly every species of flower or tree, bird, star or planet. He always had a book going at bedside, too, enjoying historical nonfiction or a good crime/mystery novel. He regretted not being able to spend more time skipping stones across the water along Oregon’s McKenzie River and several other equally important activities.

His family will miss his partnership in game nights, especially the marathon Canasta sessions, BlackJack, Gin, Smear, and Cribbage matches. They have special bottles of fine wine and Scotch still saved for him, too. JK enjoyed a nice drink to celebrate an occasion, or simply to toast the end of a day — Skol, JK!

His Visitation will be on Monday, October 4, 2021 from 4-6 p.m. with the Rosary at 5 p.m., at Queen of Heaven Funeral Home, 1562 E Baseline Rd, Mesa, Arizona 85204. His Funeral Mass is on Tuesday, October 5, 2021 at 11 a.m. at St. Mary Magdalene Catholic Church, 2654 E Williams Field Rd, Gilbert, Arizona 85295. Burial with military honors will be immediately following the funeral at Queen of Heaven Cemetery. Reception afterward at the Fleckenstein residence in Queen Creek. 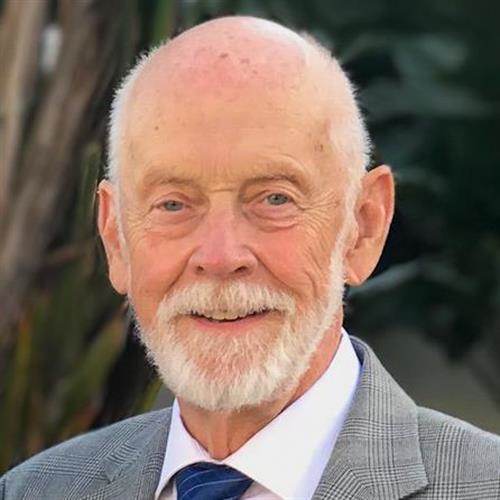 Would you like to offer John Kenneth Normann’s loved ones a condolence message? Write your message of sympathy today.