John Douglas Miller, 93, died at home surrounded by his loved ones on January 21, 2021 in Phelan, CA . He is survived by his wife Carolyn Miller, three daughters, Patti Whitley, Nancy Campbell and Wendy Wallace. Grandchildren too many to count, quite a few Great-grandchildren and several Great-Great grandchildren.

He is preceded in death by his parents, William and Bertha Miller (East Prairie), his wife Kathryn (Dillon), their son Dan, his brother Ancel, and his five Sisters - Bertie, Cessie, Gladys, Willie and Josephine all from East Prairie.

John Douglas was born July 7, 1927 in Savannah, TN. Moved to East Prairie area in 1932. He was raised on a share-croppers farm and did his share of picking cotton. He grew up in a musical family. As a teenager he began going to a little white church by the side of the road "Pulltight" where his love for Jesus and singing continued. Baptized in a ditch nearby. A man who was deeply involved in serving his church for the majority of his lifetime.

He married Kathryn Dillon (East Prairie) in 1948 and the couple had four children. A great family man and a loving father. He and his young family moved to California in the early 50's. He was devoted to caring for his wife during her lifetime. She passed in 1992 after 44 years of being together.

He worked for the Department of the Navy 30 years. He enjoyed fast pitch softball, playing & singing music. His delight was in seeing those he loved...anytime, anywhere. He was always ready to help. His family and friends will always remember him as a happy person who loved to laugh! 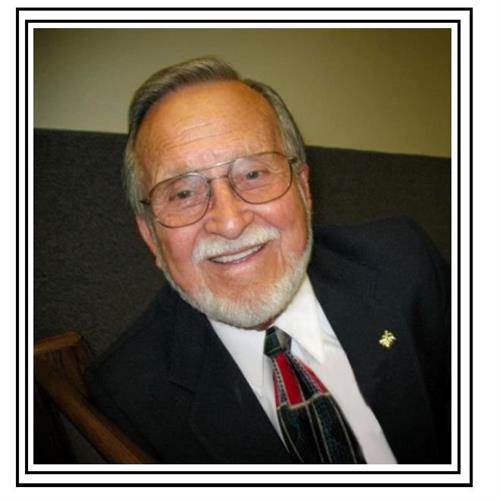 Here are the tributes to John Douglas Miller.

Would you like to offer John Douglas Miller’s loved ones a condolence message? Write your message of sympathy today.