The story of a man’s life cannot be told in just one chapter, especially if it covers 92 years.

Don’s story began with a single mother immigrated from Canada, who raised him to be thrifty, tidy and self-sufficient. His early years were spent in one room homes, which changed often while his mother worked as the housekeeper. He attended high school in Los Angeles, and at the age of 17 with his mother’s permission, he enlisted in the Marines with his best friend, Richard. They didn’t have it too rough, as Don ended up in the office typing pool and Richard became the lifeguard at the officers’ wive’s pool.

Sometime after doing his service with the Marines, Don met Cora, and they married and had four daughters together. During that same time Don earned his bachelor’s degree from Cal State Northridge (CSUN) and became a CPA. He also spent many of those years raising and showing Boxer dogs. There are many family pictures of those dogs and the trophies they won. Don’s other passion was fishing. He enjoyed going to the Sierra’s as well as some off the grid adventures in Canada. There are even more family picture of everyone holding those prized fish.

Don ran his own CPA business for over 45 years. He had many clients, most of whom were in the entertainment business, and that became his specialty. He enjoyed hearing all the stories about Hollywood life and participated in the annual Stuntmen’s Golf tournament for many years.

In the latter part of his life me met and married Jeannette. Don happily acquired another daughter and son through their marriage, and the family continued to grow. They had a very full and happy life for 22 years. Jeannette loved to travel and Don caught the bug too.

Don continued to work after Jeanette’s death in 2012, and finally sold his business at the age of 85. He was winding down his life and later sold his home. He moved to an independent living home where he finished out the last few years of his life. At the time of his death, Don left behind six children, 13 grandchildren, 16 great grandchildren, and one great-great grandson. For a man who started out with such humble beginnings, he certainly left a lasting legacy.

We will certainly miss him, but know that he went out his way, on his terms, quietly and peacefully 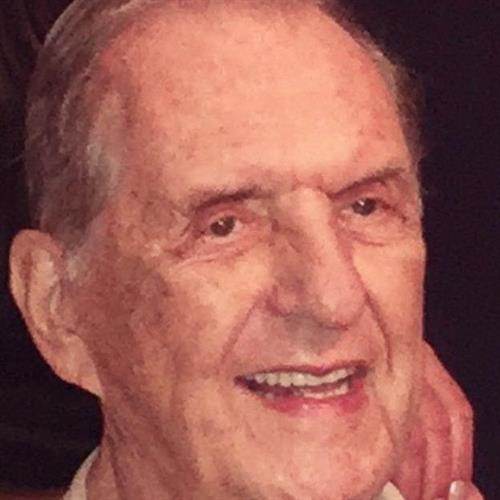 Would you like to offer DONALD EUGENE RICHARDS’s loved ones a condolence message? Write your message of sympathy today.