Funeral arrangement under the care of
Horan and McConaty Funeral Service

Celebration and remembrance of Thomas Patrick James Lundy’s amazing life will begin on Monday, July 12th with a rosary and vigil service at Sts. Peter and Paul Catholic Church (3900 Pierce St., Wheat Ridge, CO) at 6:30pm. His funeral Mass will be held on Tuesday, July 13th, at 10am at Sts. Peter and Paul Catholic Church, followed by interment at Mount Olivet Cemetery. The celebration of Tom’s life will continue at Clancy’s Irish Pub (7000 W 38th Ave., Wheat Ridge, CO). In lieu of flowers, memorial donations may be made to the charity of your choice, or an act of kindness made in Tom’s name.

Tom had an undeniable zest for life. He was a proud Irishman who always had a smile on his face and was quick with a joke. He was the life of the party. As part of a fundraiser for his senior center, he lightheartedly had his honorarium plaque engraved to read “Tom Lundy, one heck of a good guy”. Those of us who were blessed to have known him, recognize he was that and so much more.
Tom was born an only child to Leo T. and Norma Lundy on February 5th, 1931, in Denver, CO. Tom’s parents raised him in the Catholic faith. He was a devout Catholic and instilled that foundation in his children. It was his unwavering faith that held him up through the unimaginable loss of his daughter, Susan, soon followed by the death of his beloved wife. It was then that his strength was most evident. It was then he showed how to put faith into action, how to get up every day, put one foot in front of the other, and keep living joyfully.

Tom loved making friends, engaging with people, and just sharing conversations. He was born for sales, and excelled in his position of 35 years at Carpenter Jensen, and later International Paper Company. Some of his closest friendships were made through his job. Tom’s friends and love for others was his hallmark. Sundays after church were reserved for making the rounds to friends and families houses and visiting loved ones in nursing homes. Tom always brought along his trademark box of Russell Stover’s assorted chocolates as a gift. He also took on the responsibility of keeping up with family and friend birthdays and anniversaries. He took a trip to his favorite Hallmark store and very thoughtfully picked out the perfect card. He adorned each envelope with a variety of fun stickers, before he dropped them in the mail. He was the one who checked on neighbors, and lended a hand whenever he could. He made numerous daily phone calls checking on the well-being of those he loved. If you happened to be in the house, or even out in the yard, while he was on one of his many calls, you knew what was coming…. “Hey, hold on a second. I want you to talk to …”.
Tom and Joan had the deepest and longest connection- marriage. They met in kindergarten at Annunciation Catholic School, and had the picture to prove it. Of course, back then they were not smitten with each other. In fact, they said they really didn’t interact, other than an occasional class photo. It was years later at a Regis dinner and dance, they reconnected.

In addition to his people, one of the things that brought Tom great joy in his life was music. He never knew exactly why his parents had him take accordion lessons at a young age, but it served him well. He started his own band, the TAG trio. The band was extremely popular around the city, as they played swanky parties, and weddings. He spoke fondly about playing at the Union Station, during WWII, for the soldiers coming home, as well as those getting on trains to be deployed. He was a proud member of the Musicians Union. He continued to share his talent with his children. He helped them with piano recitals, musical theater performance, and singing in the church choir. His appreciation for music translated into an appreciation for musical theater. He enjoyed any and all Irish music, Lawrence Welk- especially the accordion player, Myron Florence, and Glen Miller. Most of all he treasured listening to his grandchildren sing. He adored anything his grandchildren did.
Tom was often accused of being a big kid himself. As his youngest daughter, Jean, recalled: “I remember as a child running around that house with my siblings, with Dad leading the chase. He would catch us and tickle us relentlessly, or wrestle us to the ground. One night the chase ended up with all of us piled on top of him in his recliner. Unfortunately, the chair didn’t fare very well under the weight of all of us, and we broke one of the legs. We all had a good laugh, and Dad got a new recliner.” He instigated water fights in the kitchen under the guise of checking progress with washing the dinner dishes. His antics did not stop with the house. On Halloween he wore the scariest mask he could find around the neighborhood. He would not ring the doorbells. He simply stood outside of the neighbor’s windows to peek in, occasionally tap, and waited until he was noticed. You can imagine the reaction when they saw him, and he loved it!

Life with Tom included his special grilled “cheeser” sandwiches on Friday, donut holes after church with his grandchildren, always getting lost on the way to vacation destinations, snack sized Snickers in the turtle bowl, “doodad” labeled storage boxes, fights with his nemesis, Ichabod the squirrel, love, and laughter… so much laughter. He was a man who loved well and was loved right back. He taught the value of a life well lived with a wonderful sense of humor, unwavering faith in God, and devotion to friends and family. He ran the race and fought the good fight.
Cheers to this man we were so fortunate to call Dad, Grandfather, Sooper Grandpa, devoted friend, life teacher, unwitting hero, trusted mentor, and one heck of a good guy!

Funeral arrangement under the care of
Horan and McConaty Funeral Service 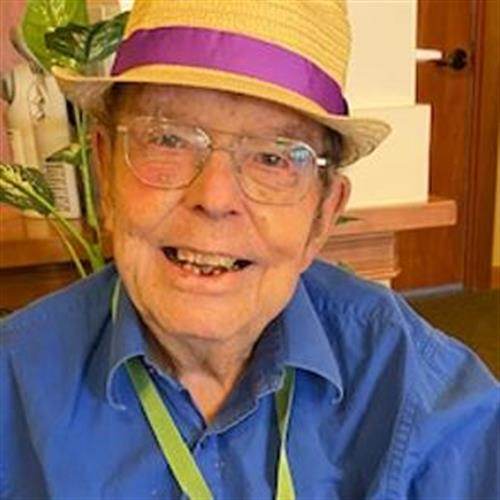 Here are the tributes to Thomas PJ Lundy.

Would you like to offer Thomas PJ Lundy’s loved ones a condolence message? Write your message of sympathy today.