It is with great sadness that we announce the death of Michael Bernard Rischke (Starke, Florida), born in Bronx, New York, who passed away on August 29, 2021, at the age of 53. He is survived by his sisters, Shirley Fogelquist & Irene Jackson, 2 sons, Alec Rischke & Chayton Rischke, his nephew, Jason Fogelquist, and his nieces: Emily Fogelquist, Leah, Becca & Cassie Jackson, as we'll as his 2 German Shepherds, Ivan & Zeus. He is predeceased by his parents, Erna & Bernard Rischke.
Michael was born in the Bronx, New York, and raised in Ossining, NY. and other homes as well, before settling in Florahome, Florida.
As a child, Michael loved to take things apart, but since he wasn't as talented in reassembling them he became determined to do so..., so it was no surprise that he grew up to become an automotive & motorcycle mechanic, specializing in BMW's.
Michael enjoyed riding his Harley (motorcycle), fishing & boating, cooking (his specialty was wings), and barbecuing, with a Heineken in the other hand 🍺.
Services: to be announced.
In lieu of flowers, donations can be made to Villalobos Rescue Center in his longtime residence of Louisiana.

Would you like to offer Michael Bernard Rischke’s loved ones a condolence message? Write your message of sympathy today.

An Jeselson wrote a sympathy message

“My prayers are with Michael and his family. Andrew Jeselson”

Make sure relatives of Michael Bernard Rischke know they have sympathy messages here. 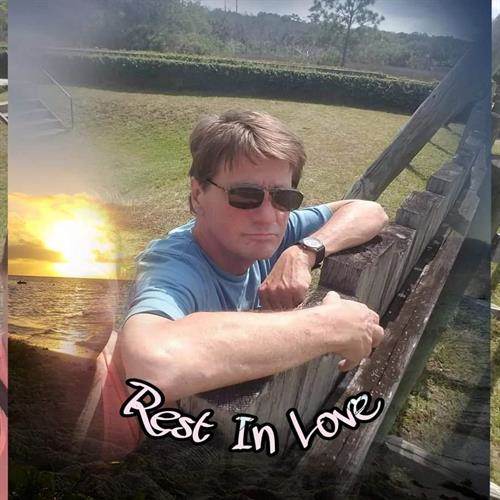