Funeral arrangement under the care of
Cremation Society of Idaho

It is with great sadness that we announce the death of Holly J Erb (Boise, Idaho), born in Twin Falls, Idaho, who passed away on June 2, 2021, at the age of 67, leaving to mourn family and friends. Leave a sympathy message to the family on the memorial page of Holly J Erb to pay them a last tribute. You may also light a candle in honor of Holly J Erb.
Holly Jolene Erb, 67 passed away Wednesday June 2, 2021, in Boise, Idaho.
Holly was born to Robert and Kathleen Erb April 23, 1954, in Twin Falls Idaho. Holly grew up in Buhl Idaho where she loved sports, her favorite was little league baseball in which she excelled. Recruited by the American Legion League she played first base while dreaming of playing professional ball. Another of Holly’s favorite sports was basketball where upon arrival at ISU in 1973 Holly was on the 1974 inaugural BB team.
Moving to Anchorage Alaska in 1974 she worked for the city parks and recreation where the kids adored her. She spent her free time playing softball and making lifelong friends. Holly went on to work for the Village bar where she became involved in the International Imperial Court system as Athena I of Alaska.
Holly moved to Seattle and earned an AA in IT at Griffin College, where while enjoying her community Holly again made lifelong friends. With her AA in hand she worked for Applied Technology Associates in IT then moved to Boise in 1989 to work at BIFC. Holly’s work in the valley included Alberton’s and Simplot. She eventually ended her IT CNC career with Fiskars.
Meeting the love of her life Katrina Michaelis in June 1990 they had an unforgettable momentous commitment ceremony in Star Idaho. They were legally married June 26, 2014 in Vale, Oregon.
Holly enjoyed attending Broadway plays, concerts and traveling. She loved their “happy place” in Cascade where they enjoyed Seahawk or BSU games and especially going to yard sales on the ATV’s. In the valley she enjoyed feeding the birds (including the neighbor’s chickens and goats) mowing the yard, playing ball with the dogs and watching the hummingbirds. She especially enjoyed posting daily Facebook items which brought many smiles and laughter to her friends.
Holly’s generosity, empathy and sense of pride spurred her attendance & contributions to her community and many charities. Her quick wit and sense of humor will be missed by all. She deeply loved all her family and large circle of friends. Our world has lost a kind and special soul.
Holly is survived by her wife Katrina Michaelis, 5 sisters: Nancy Barron, Cathy Combs, Vicki (Wally) Kendrick, Trudy Erb and multiple nieces and nephews, great nieces & nephews and one very special great great nephew born on her birthday this year.

Funeral arrangement under the care of
Cremation Society of Idaho

Here are the tributes to Holly J Erb.

Would you like to offer Holly J Erb’s loved ones a condolence message? Write your message of sympathy today. 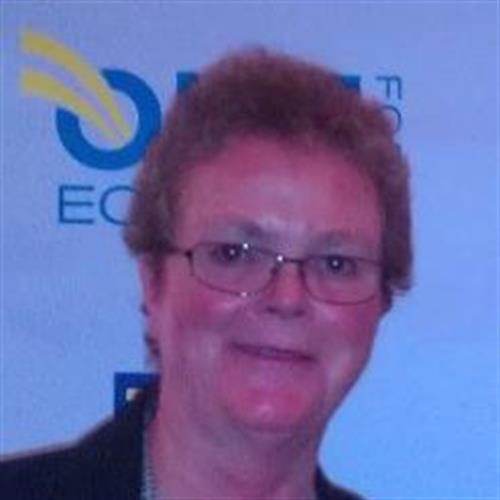