Frank Joseph Semith passed away on Saturday July 10, 2021.
Frank served in the Army from 1955-1959 and in the reserve until 1963. While in the Army Frank earned medals for Good Conduct and Expert (rifle).
He spent his career with the C&EI, MO-PAC and Union Pacific Railroad. He retired in 1992 after 37 years and moved to Goreville, IL.
Frank enjoyed fishing and drinking with his buddies and smoking cigars.
He also volunteered as security for the Eagle Point Bay neighborhood watch at Lake Egypt where he was known as “The Mayor”.
He was also a lifetime member of the ELKS and was a member of the Sheriffs Association since 1986.
Frank is survived be nieces Tina (Terry) Hime, Terry (Bill) Robertson, Tracy (Russell) Hunt eight great nieces and nephews, fourteen great-great nieces and nephews, cousins and many many friends.
Special thanks to Dale Burriell for all your help during this difficult time.
Celebration of Life to be at a later date.
In lieu of flowers memorials may be made to Hospice of Southern Illinois, Marion.

Here are the tributes to Frank Joseph Semith.

Would you like to offer Frank Joseph Semith’s loved ones a condolence message? Write your message of sympathy today. 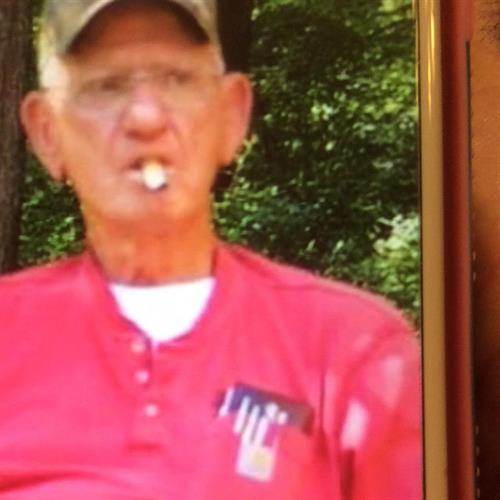