He was surrounded by family and his cherished dog, at and around the time of his death.
Neil’s memory will be cherished and kept alive by his wife Janet Riley Sullivan; children Julie Whited, Kathie Pauley (Mark), Patty Granger, and Brian Sullivan (Allison); grandchildren, great-grandchildren, nieces, and nephews.

He was preceded in death by his parents Archie and Hannah Sullivan and his siblings Julian, Gene, Dorothy, Ray, and Ruth.

Neil was born in Ballard County, KY in 1934. He grew up in the KY/IN region, graduated from Westfield High in 1952, and was a Seaman (Cryptologic Technician Striker Naval Rating) in the Navy from 1953-1955 where he received medals for National Defense, United Nations, and Korean Service. Neil was a graduate of Indiana University, was employed by General Motors/Delco Remy until his retirement in 1987, and was a realtor/broker until his final retirement in 2000.

Neil generously served others in many ways through his contributions to the Boys and Girls Club, First United Methodist Church, and United way. He was an active board member for many community and real estate programs.
He enjoyed life to the fullest! He loved Janet’s cooking, fishing, playing cards, watching IU football and basketball, gardening, grilling out, camping, traveling, playing with his many dogs over the years, and the company of family and friends.
Neil will truly be missed for his caring heart and humor.

Would you like to offer Neil E Sullivan’s loved ones a condolence message? Write your message of sympathy today.

Make sure relatives of Neil E Sullivan know they have sympathy messages here. 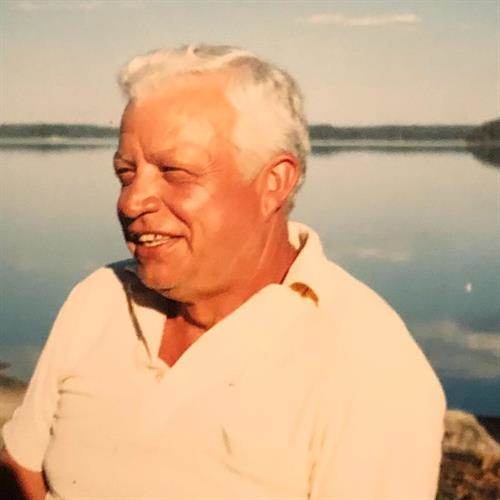