Sandy was Baptized into the Christian Faith and Confirmed at the Bethlehem Lutheran Church in Buffalo Center, IA.

She was united in marriage to Kenneth Heikkila on May 10, 1969, at the Lutheran Church in Radcliff, IA. Sandy and Kenny shared the same birthday and anniversary date of May 10th. They resided in Embarrass for the last 51½ years. Together they had four children: Dora, Cindy (Joe) Scherer, Todd and Chad. Six Grandchildren: Sam (Bill) Newburn, Nick Remarcik, Dylan (Jaden) Scherer, Alyssa Scherer, Brian and Henry Heikkila. Four Great Grandchildren: Bentley and Chelsea’Mae, Matthew (Harley) and Morgen Newburn. Four Great-Great Grandchildren: Waylon, Jozlyn, Macie and Saidee Newburn.

She is preceded in death by her parents and brother, Mark. Her In-laws: Nick, Myra, Willard, Raymond, Ben, Jim and Shirley and Ken Colbenson.

Sandy has touched the lives of many people. She was an active member of Good Shepherd Lutheran Church, in Babbitt, where she taught Sunday School and headed the crafts at Bible School for many years. She worked at Four Corners Café, as a cook, for about 19 years. She provided daycare, in her home, for many families. Sandy is still known as “Grandma Sandy” by many kids and young adults. She treated every child like they were her own grandkids. She was an Embarrass Birchwood 4-H leader for many years. She also enjoyed her “Therapy Nights” at ceramics.

Sandy was well known for her “Sandy Cakes”. She started decorating cakes in 1978 so she could make Birthday cakes for her kids. She made hundreds of cakes…Birthday, Wedding, Baby, Retirement, Anniversary, Graduation, Confirmation, Baptism and of course the “I need a Sandy Cake” cakes.

Her laugh, smile, and kind words will be missed by all that had the privilege of knowing her. 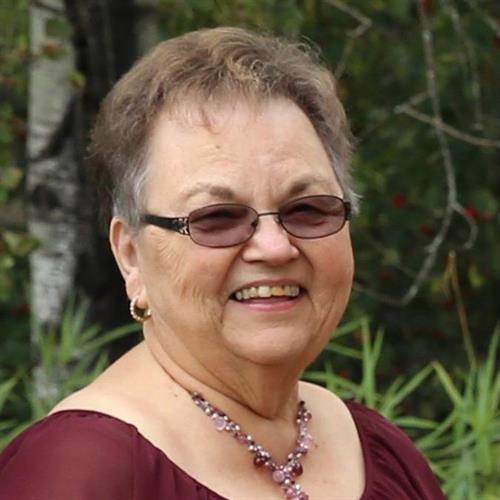 Here are the tributes to Sandra Mae (Peterson) Heikkila.

Would you like to offer Sandra Mae (Peterson) Heikkila’s loved ones a condolence message? Write your message of sympathy today.