Matthew was born in Independence. Missouri on June 16, 1961 to Eugene Burns and Ann (Meador) Staats. Matt moved with his parents to Peculiar, Missouri in 1972 where he resided until his graduation from Ray-Pec High School on 1979. After his graduation he worked at B & C Printing where he met Patty Moran. To This union was born his only daughter, Tarah Nicole Burns. During many of these years he indulged his passion of trading and rebuilding cars with a cousin, Jeff Meador.

In 2004 he changed careers by attending driving school and applying for a CDL license, embarking on the job he held until his death. His first employer was Pam Transportation, then USA Trucking. He found seeing the country from his big rig endlessly challenging and interesting. Every trip was a new adventure which he enthusiastically related in detail to his mom.

In 2005 he bought his own truck and became an owner/operator for USA Trucking. But with many chronic health problems, he found it difficult to maintain the pace required by a company. So, he applied for his own authority and established MD Burns Transportation in 2010 in order to have more control over when to accept a load, It was through this business that he met a woman who became his business and domestic partner, Susan McCollum. They died together, tragically, in a terrible car accident, as they had lived; together in all that they did.

When Susan retired from her job in New York in 2018, where they lived together, they purchased a home in Urbana, Missouri which they were meticulously remodeling. His earlier passion for restoring cars translated seamlessly into making a beautiful home, which sadly remains uncompleted.

Matt was easy to know, difficult to forget. His enthusiasm for life was endless. And after surviving death's door from COVID-19 during a month long stay just last November-December in a Springfield hospital, it seemed he would be invincible. 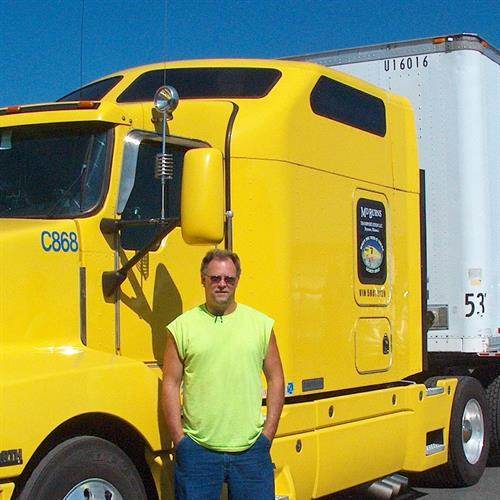 Here are the tributes to Matthew Dale Burns.

Would you like to offer Matthew Dale Burns’s loved ones a condolence message? Write your message of sympathy today.