Randolph Walker, Jr., 77, of Voorhees, NJ, passed away on March 29, 2021. He was an adoring son, a devoted and loving brother, a heroic father, and an exemplary grandfather.

Known affectionately as “Junie”, “JR”, “Dad”, and “Pop-Pop” by his family, Randolph was born on July 12, 1943 to Sarah Walker and Randolph Walker, Sr. in Philadelphia, Pennsylvania. He was their second child. Randolph’s sister, Rebecca, was born on October 14, 1938.

Randolph was raised in a house on South 53rd Street near Chestnut Street in West Philadelphia, and his family was the first Black family to enter their chosen neighborhood.

Randolph had a remarkably close relationship to his supportive parents. He was blessed to have a loving mother who, after a career in the food service industry, worked at Hahnemann Hospital and received numerous awards for her outstanding service, including care provided to children with multiple sclerosis. His father was a firefighter father who racially integrated a firehouse in Philadelphia that had never previously had a Black member of its unit.

For every day of his life, Randolph had his sister, Rebecca, looking out for him, and he enjoyed the benefits of her loving support and the support of her friends at every stage of his life from his grade school days to his parenting days and throughout his years as a senior citizen. He spoke to his sister each day via telephone if they did not get together in person and he relied on her in his later years to help him with his errands and doctor appointments as well as to make grocery orders online. Rebecca graduated from Temple University and is a retired school teacher who has won teaching awards and set the highest example for her profession throughout her career.

Randolph established an impressive academic record in school, and he was chosen by his peers as Class President on multiple occasions in high school. After graduating from West Philadelphia High School in 1961, Randolph enrolled in Penn State University with the benefit of an academic scholarship. He graduated from Penn State in 1965.

In 1965, Randolph married Jean Hancock of Philadelphia, Pennsylvania. They met in junior high school. In the early years of their marriage, they lived in Endicott, NY, Queens, NY (where their daughter Monica was born in 1969), and East Windsor, NJ (their son Gregg was born in Princeton, NJ in 1972). In 1979, they moved to Blue Bell, Pennsylvania where they remained throughout the remainder of their children’s school years. Randolph ensured that Monica and Gregg had the emotional and financial support to become college graduates, and he moved with Jean to Egg Harbor Township, NJ in 1995. They divorced in 2005, and Randolph remained in southern New Jersey, living in Pine Hill, NJ and then in Voorhees, NJ.

Randolph was a member of the US Army Reserve from 1967 to 1972, and he served in the Army full time (active duty) for four months during those five years. Randolph served honorably in the Army, took pride in preserving his Army uniform, and instilled patriotic pride in his children while ensuring that they understood the dark reality of the racism and discrimination that he experienced and that continues to plague the United States.

During Randolph’s years living in Blue Bell, Pennsylvania, he became a Deacon at the nearby Bethlehem Baptist Church. Randolph took special care to bring elderly members to church who could not attend without assistance, and he often led the church in its sacraments.

Randolph spent his career as a Human Resources executive. For much of his career, he focused on equal employment and diversity efforts for his employers. He especially enjoyed helping Black candidates for employment succeed against the odds and helping all employees obtain the greatest possible support from their employers. Randolph worked at Unisys (the company’s name was Sperry until 1986) in Blue Bell Pennsylvania for many years, and he also worked for IBM, Bristol Myers, Kraft, and Squibb during his career.

An avid fan of thoroughbred horse racing, Randolph attended the Kentucky Derby, the Preakness, the Belmont Stakes, and Saratoga Racetrack’s Travers Stakes with his son and his thoroughbred horse racing cousin and close friend Billy Shannon. He also attended the Santa Anita Derby and Monmouth Park’s Haskell with his family and followed the sport on a day-to-day basis with great joy.

British sitcoms were one of Randolph’s great pleasures. He enjoyed “Are You Being Served”, “Keeping Up Appearances”, and many other British comedies available in the United States.

Randolph was also a poetry enthusiast throughout his life and took particular interest in Langston Hughes and other great Black poets. In retirement, he compiled a poetry book of his own largely autobiographical creations, adding new poems to his collection from time to time.

Above all, Randolph was the quintessential academic and career high achiever who also was a loving and caring son, brother, father, and grandfather. He was a generous donor to worthy causes and represented the progress of the United States: born during segregation and fighting against racial discrimination during his career. He reminded all of us that the fight for Black equality of opportunity is far from won and that the forces that created slavery, Jim Crow, and segregation are still engaged in a ferocious effort to reverse the progress that Black people have achieved in the United States. Randolph passed along his values of honesty, integrity, hard work, Black pride and civic engagement. He colored the skin of cartoon people and superheroes on greeting cards to make them appear to be Black, and he provided constant reminders of the long history of Black achievement, making every month into Black History Month. Election Day was the only day of the year with no bedtime for his children, who have sought to pass along Randolph’s values to his grandchildren. For his family and for so many others, he was an inspiration and a role model.

He is survived by his sister, Rebecca Walker, and by his children Monica Walker Rainey and Gregg Walker, as well as by his four grandchildren, Christopher Walker (24), Matthew Rainey (24), Mitchell Rainey (20), and Daniel Walker (13).

In lieu of flowers, the family asks that you donate to and/or volunteer with Fair Fight (fairfight.com), an organization fighting against voter suppression and encouraging voter participation throughout the United States. 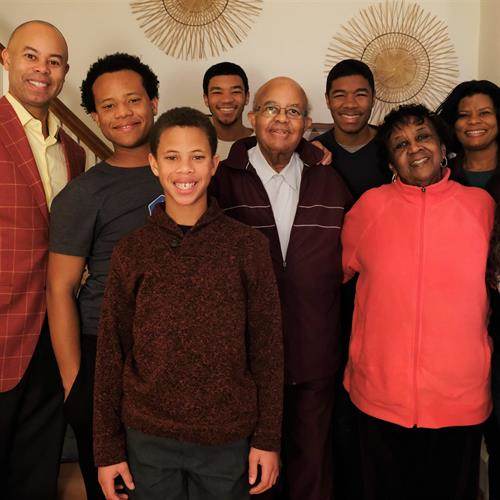 Here are the tributes to Randolph Walker.

Would you like to offer Randolph Walker’s loved ones a condolence message? Write your message of sympathy today.