Tyrone began his lifelong love for education in the New York Public School System: P.S.18 Elementary School, Junior High School 149, graduating from DeWitt Clinton High School in 1963 and he briefly attended Bishop College in Dallas, Texas. He was just like his parents, very much the social butterfly, loving to entertain friends and family; and often visiting them to cook. He was an amazing amateur chef and cooked many fulfilling meals for those he loved. Tyrone also enjoyed playing card games such as Bid Whist, Spades, and Dominoes, often late into the night with family and friends. He had told Anissa that he learned to play Pinochle late in life and that he would teach her.... often trying to teach her the game during their phone conversations, (to no avail). One of his other amazing talents besides cooking was drawing, something he kept hidden from many, but the artwork was studio-worthy, nonetheless. Tyrone held several different jobs throughout his lifetime, including being employed in Construction; he was a member of the Sheetmetal Workers’ Union, at one point. But the one thing that he loved the absolute most, was the law, and he often used those skills to help others. He bragged about his visits to the Law Library, and what he'd discovered new. His stance was to always fight for the underprivileged and disadvantaged. He debated about the rights of others being violated up until his death. He would tell Anissa how he would have fought the different cases, (he would win the cases, of course with HIS strategies) currently in the news. He was infamous for his debates, and deeply intellectual conversations – he will truly be missed.

He was preceded in death by his parents, Oscar Lee Christopher and Eileen Viola Braithwaite, as well as his grandparents, Norman and Viola Jackson, Thomas Thorne Braithwaite, and Louise Sobers.

“The best portion of a good man’s life is his little nameless unremembered acts of kindness and of love.”

A limb has fallen from the family tree.
I keep hearing a voice that says, “Grieve not for me."
Remember the best times, the laughter, the song.
The good life I lived while I was strong.

Continue my heritage, I’m counting on you.
Keep smiling and surely the sun will shine through.
My mind is at ease, my soul is at rest.
Remembering all, how I truly was blessed.

Continue traditions, no matter how small.
Go on with your life, don’t worry about falls
I miss you all dearly, so keep up your chin.
Until the day comes we’re together again. 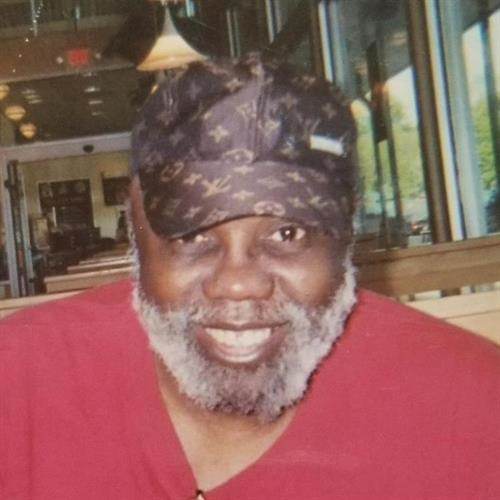 Here are the tributes to Tyrone Lee Christopher.

Would you like to offer Tyrone Lee Christopher’s loved ones a condolence message? Write your message of sympathy today.