Funeral arrangement under the care of
Hodapp Funeral Homes

It is with deep sorrow that we announce the death of Stephen Chapman (Chester, Ohio), who passed away on July 16, 2021, at the age of 84, leaving to mourn family and friends. You can send your sympathy in the guestbook provided and share it with the family.

He was predeceased by : his parents, Tom Chapman and Elise Chapman; and his brother Robert Chapman. He is survived by : his wife Barbara Chapman; his daughters, Cynthia Chapman and Cheryl Pettigrew (Charles); and his grandchildren, Tyler Pettigrew (Jenny), Malcolm Pettigrew (Kelly), Barbara Gary (Dan), Christoffer Lehnherr (Niki) and Abby Hardt (MacKenzie). He is also survived by numerous nieces, nephews, cousins, and friends.

In lieu of flowers, donations can be made in his honor to Hospice of Cincinnati or your favorite charity.

Funeral arrangement under the care of
Hodapp Funeral Homes

There is no photo or video of Stephen Chapman.
Be the first to share a memory to pay tribute.

Here are the tributes to Stephen Chapman. 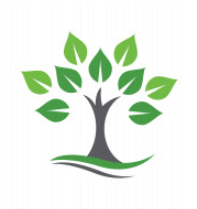 “In memory of Stephen Chapman”

Would you like to offer Stephen Chapman’s loved ones a condolence message? Write your message of sympathy today.

“Dear Barbara, I was so sorry to hear about Steve. I have such fond memories of working with Steve when I was the Dean of the Graduate School. It was during our weekly meetings that I got to know him. After he retired I enjoyed dropping by and visiting with both of you. Steve was such a kind-hearted man and always willing to help you. I loved the camping stories. You and the family are in prayers. Bonnie Holaday”

“May Barb and family find Peace in these times. Steve was a good friend at Clemson and after retirement, a great help in our starting a publishing company to publish Kate's books. Your and Steve's friendship was special, and we'll cherish our memories of our meetings and good times together.”

“Barbara and family, Sandy and I send our love, deepest sumpathy and prayers. Steve was so special to us and was one of the finest and most loyal friends I could ever have. We laughed, we cried, we worked hard and we just enjoyed life. This is so painful for us but knowing we will meet again, stems some of it. Our son Matt sends his love to you as well. Steve and Matt had a very special relationship from the time he was a small boy all the way to manhood. May God be with you and yours.”

“Dear Barbara: I am so sorry to hear about the passing of Steve. I have many fond memories of discussions that I had with him during his tenure in the Office of the Vice President for Research and Economic Development. Most of the discussions were related to legal issues on intellectual property and contracts, but were often much more far reaching in scope. All were very thoughtful, and laced with humor. Please know that you and your family are in my prayers. Chris Przirembel”

“We were saddened to hear the passing of Steve as he and your entire family mean so much to the Dickerson and Skelley families in Clemson. Your entire family will be in our thoughts and prayers. My first memory of Steve was watching him cross country ski around the Camelot neighborhood. The many trips to the house to be entertained by stories and the dogs eating popcorn. Flying was my favorite and sailing was fun as well. Love Keith and Mary and all the Dickersons and Skelleys”

Make sure relatives of Stephen Chapman know they have sympathy messages here.