Funeral arrangement under the care of
William Thompson & Son

We are sad to announce that on August 7, 2022, at the age of 60, John Scott Wills of Dresden, Ohio, born in Zanesville, Ohio passed away. Family and friends can send flowers and condolences in memory of the loved one. Leave a sympathy message to the family on the memorial page of John Scott Wills to pay them a last tribute.

He was predeceased by : his parents, Francis Wills and Clara Wills; and his brothers, Robert Wills and Jim Wills. He is survived by : his wife Megan Wills; his children, James Hall, Macie Wills and Johnny Wills; his grandchildren, Kaiden, Destiny and Kage; his siblings, William Wills (Beth) of Lancaster, Cathy Hoover (Paul) of Roseville, Cheryl Wilson (Robert) of Nashport, Sharon Cornett (Rex) of Zanesville, Carol Rusnak (George) and Karen Hale; his siblings-in-law, Brenda Wills, Ashley Long, Madison Smith, Kevin Hale, Jason Etter (Heidi), Tommy Smith and Adam Miller; his parents-in-law, Rick Long (Lisa) and Angel Norris; and his niece Melissa Sue Phillis. He is also survived by his family, and he adored his kids and family.

Funeral arrangement under the care of
William Thompson & Son

There is no photo or video of John Scott Wills.
Be the first to share a memory to pay tribute.

Here are the tributes to John Scott Wills.

Tony and Lacey lit a candle 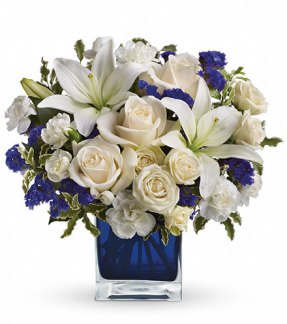 “Sending you lots of love and comfort. We are so sorry for your loss.”

Would you like to offer John Scott Wills’s loved ones a condolence message? Write your message of sympathy today.

Make sure relatives of John Scott Wills know they have sympathy messages here.