We are sad to announce that on November 20, 2020 we had to say goodbye to James Bryce (Altus, Oklahoma). You can send your sympathy in the guestbook provided and share it with the family. You may also light a candle in honor of James Bryce.

In lieu of flowers, the family is working to establish a university scholarship fund to advance the college opportunities of Christians and orphans.

Here are the tributes to James Bryce. 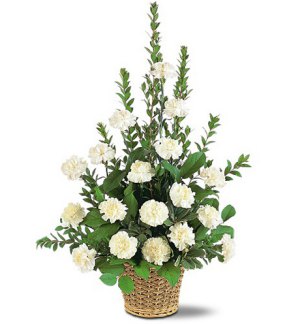 The Families In Christ class at Prestoncrest sent flowers

“In loving memory of James Bryce, Please accept our most heartfelt sympathies for your loss. The Families In Christ class at Prestoncrest”

Would you like to offer James Bryce’s loved ones a condolence message? Write your message of sympathy today.

“Heaven has gained a great man of God. Don and I were so blessed to worship with you that short while in Garden City. You were a great encouragement to us and we will all have a great reunion in heaven one day. Love and prayers. The Wallace’s”

Make sure relatives of James Bryce know they have sympathy messages here.

There are no additional photos for James Bryce at this time. You can add a photo to pay tribute to James Bryce.