Funeral arrangement under the care of
Horner Funeral Home

COOKEVILLE--A celebration of life service for Mr. James Robert Hughes, age 78 of Cookeville, will be held Saturday, February 22nd at 11:00 a.m. at Cookeville First United Methodist Church. Dr. Kevin Conrad will officiate. A reception will follow the service at the church. His family will receive friends Friday, February 21st from 4:00 p.m. until 7:00 p.m. at the Cookeville chapel of Hooper-Huddleston & Horner Funeral Home and Saturday from 10:00 a.m. until service time at the church.

Mr. Hughes passed away peacefully on Sunday, February 16, 2020 at Cookeville Regional Medical Center after a hard-fought battle with cancer. He was born April 11, 1941 in Tazewell, Virginia to the late William and Katherine Kincer Hughes. A 1963 graduate of Emory & Henry College, Hughes was a three-sport athlete, lettering in football, basketball, and baseball.

Hughes coached at John S. Battle High School in Bristol, VA for nearly four years after graduating. In 1967, he was named Teacher of the Year at John S. Battle High School and Coach of the Year for the Southwest District for basketball. Later that year, he joined the coaching staff at Emory & Henry, where he subsequently became head football coach and athletic director.

In 1973, the Wasps were named most outstanding small college team in Virginia and he was the state Coach of the Year. Jim was selected for induction into the Emory & Henry Sports Hall of Fame in 1980. Hughes moved on from E&H in 1977 to become offensive coordinator at Tennessee Tech University under Coach Don Wade. Jim was grateful to have had two meaningful careers.

After 20 years in the coaching profession, he had the opportunity to coach another team until retirement as president of Cookeville's Builders Supply Company. Jim is fondly remembered for his wisdom, humor and for being everyone's mentor. He was a natural leader, possessing a fun, positive and encouraging nature, all while having a smile on his face.

Jim loved his family fiercely, was a humble man of faith, loved time spent with his gourmet friends, Wednesday Morning Men's Group, and golfing with the Dogfighters. Jim and wife Barbara have been members of Cookeville First United Methodist Church since moving to Cookeville. Jim has served on the Cookeville Regional Medical Center Foundation Board, a member of Noon Day Rotary Club of Cookeville, and past president of the Tennessee Concrete Association.

Funeral arrangement under the care of
Horner Funeral Home 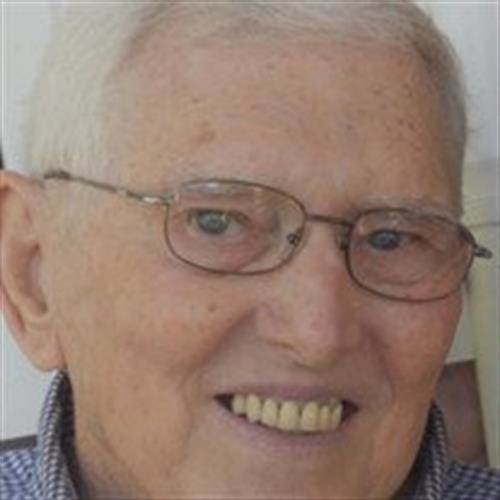 Would you like to offer Jim Hughes’s loved ones a condolence message? Write your message of sympathy today.