Funeral arrangement under the care of
Parkview Mortuary

Conard (Bill) William Garner was born on March 25, 1929 in Mt. Pleasant, Arkansas, the sixth of eight children born to Eunice Kitty and James Henry Garner. In the late 1930's, tragedy struck the family, forcing them to leave their beloved home in Arkansas. They first settled at the Weedpatch Labor Camp south of Bakersfield, California and worked as itinerant farm laborers. It was likely there that Bill first started to develop his strong, lifelong work ethic. Later, the family moved to Delano, California where Bill attended high school. After graduation, he served in the Army Air Corps and Air Force Reserve, ultimately to be honorably discharged. Once back in Delano, he joined Earlimart Co-Op Gin, working his way up to assistant manager--the first of many hats he was to wear in his career. He later became the owner/operator of Stardust Liquors. After many, many years, Bill attempted to retire, but as someone who could never just sit around, he soon started Garner Lawn Service and ran it, often as its sole employee. This kept him vigorous and fit well into his 80’s. A fervent Christian, he was an active member of The Church of the Redeemer, Episcopal Church, where for decades he prepared the biannual BBQ fundraiser. A straight shooter, you always knew where you stood with Bill. As a family member or friend, you also knew you were loved, respected and that no mistake was too big to forgive. Bill found love three times in life--with Sharon, Marylou and ultimately Lupe. They shared with him eight children: Bill, Troy, Steve, Sandra, Cynthia, Israel, Adrian (who preceded him in death) and Adriana. Numerous grandchildren, great grandchildren and one great great grandchild are also among his surviving family, in addition to his wife Lupe and brother Shelby. In his later years, while still in good health, Bill would visit friends and strangers alike at the nursing home nearby, noting that many of the residents had no family or few visitors. Bill was fortunate to live out his final days in the very home he built back in 1956. What a blessing! In times of darkness, he would often exclaim, “I will not be defeated!” and let out a hearty laugh. His strength and courage, as well as his loving and giving ways, will serve as a model for all who survive him. He will be dearly missed!

Funeral arrangement under the care of
Parkview Mortuary 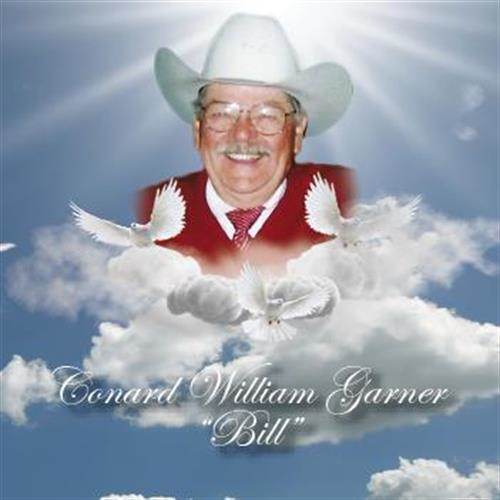 Here are the tributes to Conard William Garner.

Would you like to offer Conard William Garner’s loved ones a condolence message? Write your message of sympathy today.