Funeral arrangement under the care of
Vior Funeral Home

ROBERTO MASUD was born in La Habana, Cuba, on February 19, 1929, to Jose Masud and Emilia Nassar. He was the youngest of five brothers and sisters whom he loved dearly.

In the early 1950's Roberto played semi-professional baseball for the Corrales baseball team in Cuba, he was a talented second baseman emulating his idol the best defensive second baseman of his era Bobby Doer of the Boston Red Sox.

In 1958, after a two-year courtship, he married the love of his life, Olga Sanchez, and started an adventure that would last for almost 52 years of marriage. Together, they created a wonderful family - with a daughter and a son who survive him: Lodi Masud (Jose Antonio Alvarez-Garrandes) of Miami, FL, and Roberto Masud, Jr. (Kathy Coppola) of Miami, FL. Roberto is also survived by a beautiful grandchild, Paloma Alvarez-Garrandes of Miami, FL, whose favorite afternoon destination was Abuela Siti and Abuelo Balli's house - a place where the Abuelos never said no, and every day was an adventure. Roberto cherished his role as grandfather and made sure that he worked to perfect it--whether it was, endless viewings of Harry Potter videos, dance lessons, countless trips to Walt Disney World or trading Disney pins with his granddaughter.

Shortly before getting married, Roberto and his brothers launched Inversiones Sudan, their own mortgage company in La Habana. Roberto was also involved in various business ventures in Cuba, most notably land acquisition and development.

Olga and Roberto fled Communist Cuba in the Fall of 1963 with their son and daughter to Madrid, Spain. Three months later, they settled in Miami starting all over again in the US, a country they dearly loved for welcoming the Cuban diaspora. Together, they set out to capture the American Dream and rebuild the life they had lost to communism.

In the 1960's, among several business ventures, Roberto became involved with Vivi Manufacturing a women's apparel manufacturing facility, and established Lodi Printing in the 1970's. In the mid 1970's, he turned his attention to the Our Lady of Lebanon Maronite Catholic congregation where he was a founding member and sat on the Finance Committee financing the development of the church and encouraging many Cuban-American Lebanese exiles to worship there--he and Olga donated the altar crucifix at the new church in commemoration of the development and opening of the Church. During the 1980's he founded Transervices an international trading company.

Olga and Roberto loved to travel, and they continued their travels well into their 70's, visiting old friends and making new ones. Roberto's positive view of life was contagious. He absolutely loved life and brought a smile to everyone with whom he came in contact whether they be family, friends, or people he just met.

Roberto passed away peacefully while surrounded by loved ones on August 14, 2010, after a short illness. He was 81. Roberto was pre-deceased by his siblings: Felix and Loudy. In addition to his wife, son, and daughter and their spouses, his grandchild, his brother Elias and sister Elena, and his brother-in-law and sisters-in-law, he is survived by numerous nieces and nephews and many other close family members and friends.

In lieu of flowers, the family is requesting donations in his memory to Our Lady of Lebanon Church, 2300 Coral Way, Miami, FL 33145.

Funeral arrangement under the care of
Vior Funeral Home 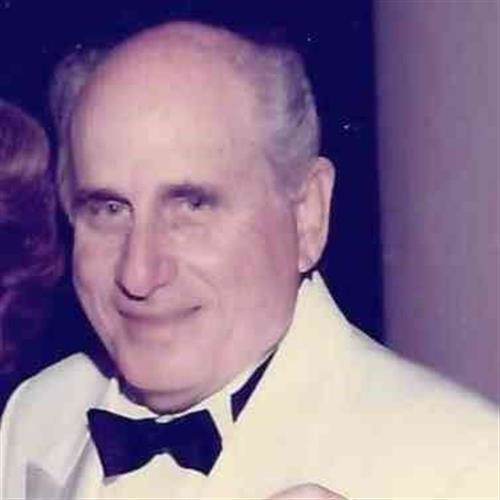 Would you like to offer Roberto Masud’s loved ones a condolence message? Write your message of sympathy today.

There are no events at this time. If you know of an upcoming event for Roberto Masud, please add one.