It is with great sadness that we announce the death of Romayne (Fowler) Stahl (Penney Farms, Florida), born in Uniondale, New York, who passed away on April 6, 2020, at the age of 91, leaving to mourn family and friends. Leave a sympathy message to the family on the memorial page of Romayne (Fowler) Stahl to pay them a last tribute. You may also light a candle in honor of Romayne (Fowler) Stahl.
Romayne F. Stahl, 91, from Penney Retirement Community, Penney Farms FL, was taken home peacefully by our Lord and joined her husband, Dr. William M. Stahl, on April 7, 2020. She was born to George Fowler and Leona Fowler (Burdick) on December 6, 1928 in Union City NY.
Romayne was a graduate of the Union-Endicott School System and studied business courses. She was also involved in the music program performing on piano, clarinet and oboe and in the choir.
She is a graduate of the music program from the Providence Bible Institute where she focused on the piano.
Romayne was married to Bill, the love of her life on June 6, 1950. They were married for over 68 wonderful years.
In addition to being the wife of a minister, Romayne was active in the work of the American Baptist Women in NY, PA and MI, where she served as President. She was a delegate to several conference meetings and a leader for the central states of that organization. During their years together Romayne and Bill hosted tours to Israel, German, England and Ireland.
Romayne and Bill retired to Penney Farms Retirement Community, FL in 1996 where Romayne’s contribution and commitment to the community included: Bell Choir, Choir, Pianist, and assisting with meals at Beyer House and Penmor Place.
Romayne is predeceased by her loving husband Bill, her parents, brother and sister. She will be missed but never forgotten by her three children, several grandchildren & great grandchild. 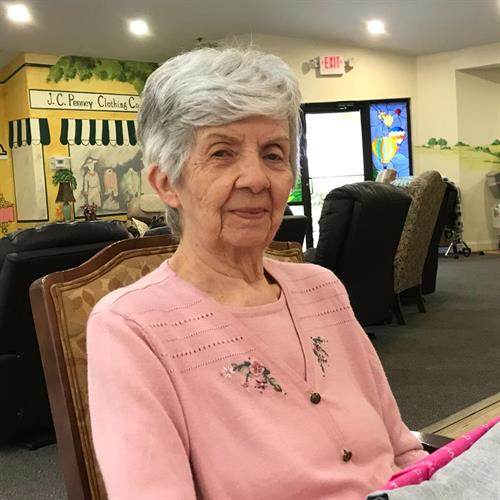 Here are the tributes to Romayne (Fowler) Stahl.

Would you like to offer Romayne (Fowler) Stahl’s loved ones a condolence message? Write your message of sympathy today.