With profound sadness and heavy hearts, we announce the passing of Ron McKinney, 81, who died peacefully at home, Sunday, December 13, 2020. Ron was born in Kentucky and grew up in Umatilla, Florida. After graduating high school, he left Florida for the Citadel in Charleston, S.C. While in college, he met his wife Beverly, also of Florida.

Ron had a long career in the textile industry. He worked with several companies, including The Bibb Company, West Point Pepperell, and Burlington Industries. Ron began his career as a dye-chemist for A & M Karagheusian in 1962, and in 2007, he retired as Vice President of Manufacturing from Koninklijke Ten Cate Geosynthetics.

He leaves his widow, Beverly, their three children, Sandy, Michael (Julie), & Julie, seven grandchildren, and one great-grandchild. In the words of his grandchildren, he was kind-hearted, selfless, and gentle. His brilliant sense of humor and his calm perspective will be missed by all who knew him.

A private memorial service to be held at a later date

In lieu of flowers, we ask that donations be made in Ron’s name to the American Association of Textile Chemists and Colorists. (AATCC)
https://members.aatcc.org 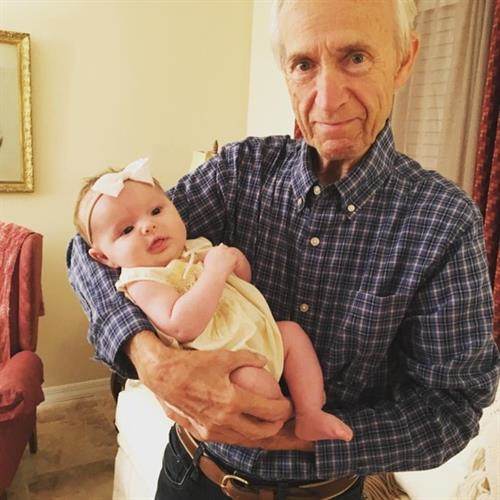 Here are the tributes to Ronald L McKinney.

“In memory of Ronald L McKinney”

Would you like to offer Ronald L McKinney’s loved ones a condolence message? Write your message of sympathy today.

“Hey Dadada, I miss you. I’m so glad that I was able to see you on a video call not long ago, and that you said, “Well hey, Ashley!”. I will remember that forever. Thank you for gifting me with some of my most treasured memories. I miss the way your smile lit up your face and how you always gave the best hugs. I miss having staring contests with you and how much you loved each of us. I’m proud to be your granddaughter and I’ll love you forever. Love, Deter-Deter Cracker-Eater”

“To my Dadada - thank you for teaching me patience and kindness. Thank you for some of the best memories of my life and for always putting family first. Thank you for always giving more than anyone I know, and doing it with a smile. I get flashbacks of your smile daily. My heart will never be the same, and I will miss you every single day until we get to meet again. You will always be my twin, and I will always be your “little Ron”. Love you so much and miss you more than words can say.” 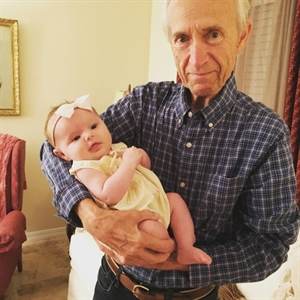