James (Jim) George Kulbeda, left this world unexpectedly but peacefully on the evening of April 16, 2021 at the age of 70 in Roswell, GA. Jim was born in Chicago, IL on March 29, 1951 and had been living in Roswell, GA for the last 25 years.

He is survived by his only child and daughter Lesley (Jonathan, step-granddaughter Grace) Twitty, his sister Kimberly (Jim) Phad, his nieces- Bridgette O'Connor, Katie Wehri, Jamie Pabich , and his nephew, Michael Phad (and their spouses and families). He was preceded in death by his parents, Marianne and Henry Kulbeda.

Jim was known for his quick wit, business intellect and his mantra of working hard to play hard. After graduating Carthage College in 1973, he started off his career in a chemistry lab when leadership saw his ability to get out of that lab and use his social abilities to excel in the world of chemical sales. While taking a few years to run a golf shop he founded, Jim went on to work his way up and through the world of sales and marketing, achieved his MBA from Roosevelt University and went on to be a successful consultant for PWC and IBM. He published various white paper chemical publications that were well revered and published in the American Chemistry Council. Jim sailed into retirement (literally with his boat) after a 9-year run as the Americas Chemical Practice Leader for IBM Global Business Services.

Jim had such a zest for life; which for him often involved enjoying his 'toys' (boats and cars) golf, travel, great wine, and time with friends and daughter. His deep involvement in the golf world continued as he held position of Commissioner at White Columns Golf Club, golfing at least twice a week year-round. He developed a strong social network of friends through golf and his boating life out in Lake Lanier. Jim was known as the patriarch of the boat dock family and could always throw a great party and grill a great steak. In between boating and golfing, he could be found off- roading in his Jeep, racing his BMW's, and preparing for 'Lesley weeks' when she would come into town to visit. Besides his love for boats, golf and cars, he always put his daughter, Lesley, first. After his initiation of one successful video montage for Lesley's wedding, his creativity bloomed as he went on to produce two more milestone video birthday montages for his sister Kim, and best friend since childhood, Wally. His thoughtfulness, wit and charisma will be greatly missed.

There will be a celebration of life memorial service for Jim within the coming months to take place in both Georgia and Illinois. More information will be provided regarding both of those memorials as soon as available.

Feel free to leave a sympathy message to the family on the memorial page of James George Kulbeda to pay them a last tribute. You may also light a candle in honor of Jim. 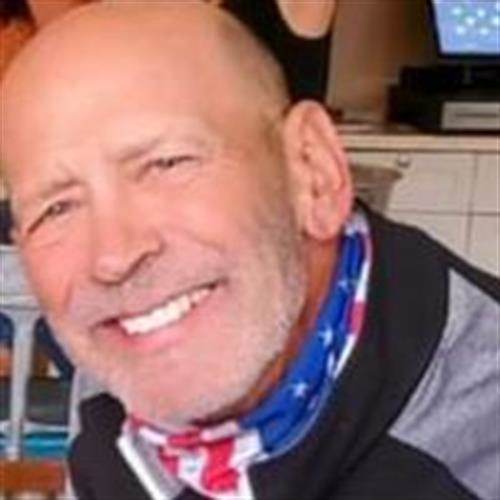 Here are the tributes to James George Kulbeda.

“In memory of James George Kulbeda”

Would you like to offer James George Kulbeda’s loved ones a condolence message? Write your message of sympathy today.

“Lesley, I am the daughter-in-law of your dad’s close friend, Jim Howard. I had the pleasure of getting to know your dad at several Howard family events. Your dad was always so easy and interesting to talk with. He loved talking about YOU! He had a great way of making me feel like I was the only one in the room when we were talking and great at including others who were “new to the crowd”. A few Thanksgivings ago he took some of us out on his boat. Fun day! Thanks for the memories! -Amy Howard”

“Jim was 'that great friend' the one that was always there!. He will be missed by so many. Tireless worker, always organizing something, for someone else. Rest in peace Jim. We miss you!”

“Just heard the news- used to golf with Jim for a number of years at WC. too young. RIP Jim”

“In loving memory of James George Kulbeda, Our thoughts and prayers are with you and your family during this difficult time.”