Funeral arrangement under the care of
Hanes Lineberry Funeral Home

Donald “Don” James Brady died peacefully in his Greensboro home surrounded by his family on Friday, June 18, 2021. He was 88 years old.

Don was born in Niagara Falls, New York on February 18, 1933, to Joseph Montgomery Brady and Betty Jane (McGowan) Brady. He graduated from LaSalle High School in 1951 and attended the University of Rochester (U of R) on a football scholarship. He graduated in 1955 with a BS in mechanical engineering. After serving in the U.S. Army, he worked as a mechanical engineer for Ingersoll-Rand in Manhattan. Don married the love of his life, Mary Gay (Halbleib) Brady, on July 5, 1958.

Mr. Brady and his wife, Mary Gay, moved to Greensboro in 1962 to found their franchise, Brady Trane. With the support of his associates, whom Mary Gay and Don loved greatly, the company is celebrating over 59 years in business. BRADY, Inc. remains headquartered in Greensboro, NC, and now employs over 450 associates.

Don held many community leadership roles, served on numerous boards, and started community action-based organizations that are the fabric of Greensboro today. Don was a strong supporter of many charities and non-profits, including JDRF, Habitat for Humanity, Sanctuary House, the ALS Association, the Boy Scouts of America, and ASHRAE. He was incredibly dedicated to the pursuit of education and was a strong supporter of local schools and organizations that promoted its accessibility. He supported education initiatives at universities such as U of R, Ohio Wesleyan, A&T, UNCG, and GTCC.

Don’s favorite moments in life were those he could spend surrounded by his family and friends. Summers spent in Topsail and winters in Blowing Rock are amongst some of the most cherished memories shared by his grandchildren, where they would often participate in “cousin’s camps” facilitated by Mary Gay and Don. “Grandpa Don” deeply valued the new perspectives gained from travel where he never failed to make new friends along the way. While at home, his children and grandchildren would often find him reading new books, watching the horse races, or playing golf with his friends.

Don is survived by his wife, Mary Gay Brady, his five children, Ann Leigh & Billy Flynt, Louise & Jim Brady, Mary Kate & Danny Farley, Joe Brady, and Amy Brady & Mike Baxter; two nieces, Anne and Meg Brady; fourteen grandchildren; one great-grandchild; two great-nieces and two great-nephews; and all of those who he considered his family. He was preceded in death by his parents, Joseph and Betty Brady, and his brother, Rich Brady.

In lieu of flowers, please donate to Sanctuary House, JDRF, or Bishop McGuinness.

Online condolences may be sent to http://www.haneslineberryfuneralhomes.com.

Funeral arrangement under the care of
Hanes Lineberry Funeral Home 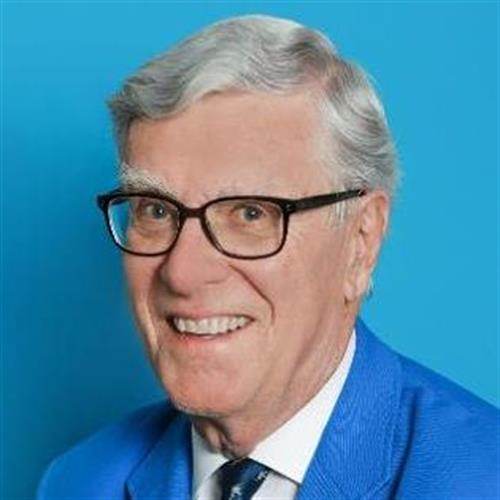 Here are the tributes to Donald James Brady.

Would you like to offer Donald James Brady’s loved ones a condolence message? Write your message of sympathy today.

“Our deepest sympathy Mary Kate for your loss. While I only met your father once, I am grateful for the impact he had on our community and on the Scouting movement. Our prayers are with you and your family. John, Traci, and Shaun Lowry”