Funeral arrangement under the care of
Doyle-Devlin Funeral Home

It is with great sadness, Irene Dawn 'Mimi' Polcari, 81, passed away on Monday, November 29, 2021. Although she fought like a warrior, dementia was just too powerful a foe. Surrounded by her family, she passed peacefully and ultimately reunited with her predeceased sister, Nancy Farrell and her mother, Ruth E. Lippincott.

Dawn was born May 28, 1940 in Easton Hospital and is survived by her loving and devoted husband of 57 years, John H. Polcari; her two children John V. Polcari and Tina M. Coyle (husband, Kevin); and two grandchildren Brianna and Liam Coyle.

Dawn, affectionately known as Mimi, valued family and they meant the world to her. She will be greatly missed by them. She was a graduate of Phillipsburg High School and soon after graduation began working as a city worker as a crossing guard. Her last employment was at the Phillipsburg High School where she was a baker before retiring. She enjoyed many things including bowling, bocce, casinos, dancing (an incredible dancer) and was loved by all.

As per Dawn's wishes, there will be no services. However a celebration of Mimi's life will be held at a future date.

In lieu of flowers the family suggests considering a donation to Family Pillars Hospice, 3910 Adler Place, Bethlehem, PA 18017. Family Pillars was an incredible asset to the family at their darkest moment. Additionally the family would like to express gratitude to Saucon Valley Manor, where they cared for her like she was family.

Funeral arrangement under the care of
Doyle-Devlin Funeral Home 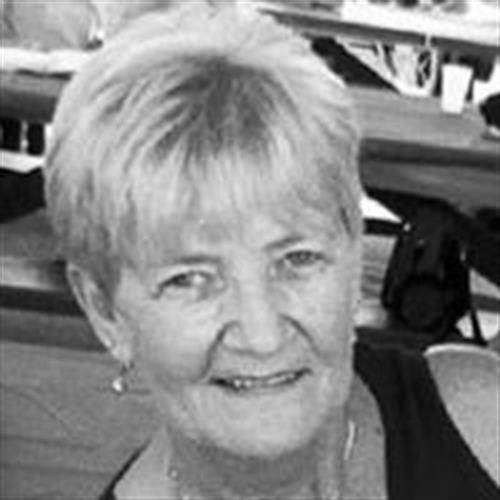 Would you like to offer Irene Dawn Polcari’s loved ones a condolence message? Write your message of sympathy today.

There are no events at this time. If you know of an upcoming event for Irene Dawn Polcari, please add one.