It is with great sadness that we announce that Judith Johann Gorski (formerly of Lawton, OK) went to be with her Lord and Savior on January 19, 2021, at the age of 79.
Judy was born in Denver, Colorado to Theodore and Dorothy Brandt. Judy was a people person. Her professional career centered around her love of children as she worked as a secretary for Flower Mound Elementary school and then as a librarian assistant for several schools in the Lawton Public School system. She loved entertaining her students by voicing the characters in the books she would read to them.
Judy enjoyed traveling. She would often travel to the Ozarks and loved visiting Silver Dollar City and the friends she made in that area. Judy’s favorite hobby was square dancing and she regularly traveled with her husband John as he called square dances in many different states. She loved her role as the caller’s “taw” and would perform skits during square dances. She was known for her portrayal of the character Edith Ann.
Judy had a large, loving family. They have affectionately called her “Baga”since her granddaughter Kelsey gave her that title as a toddler. Judy is preceded in death by her parents, her husband John Gorski, her son Troy Willis, and two granddaughters. She is survived by her brother Richard Brandt and his wife Diana, daughter Tamara Francis-Williams and her husband Jeff, daughter Tara Harrison and her husband Rob Boyd, daughter Tricia Embrey and her husband Darrick, daughter Tanya Pocowatchit and her husband Randy, 12 grandchildren, and 12 great-grandchildren.
Leave a sympathy message to the family on the memorial page of Judith Johann (Brandt) Gorski to pay them a last tribute. You may also light a candle in honor of Judith Johann (Brandt) Gorski.

A celebration of life will be held on Saturday, May 8th 2021 at 1 PM at Flower Mound Cemetery (Southeast Flower Mound Road, Lawton, Oklahoma 73501) with Pastor Doug Passmore officiating. 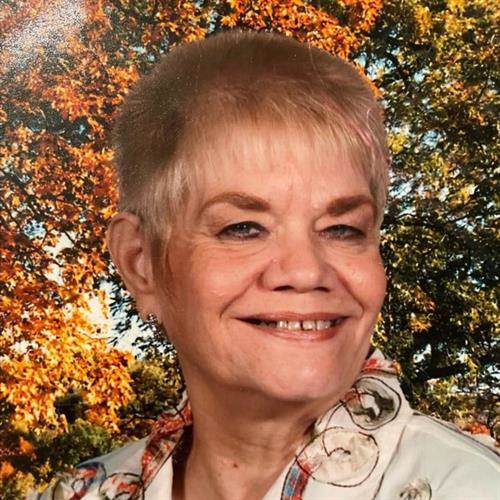 Here are the tributes to Judith Johann (Brandt) Gorski.

Would you like to offer Judith Johann (Brandt) Gorski’s loved ones a condolence message? Write your message of sympathy today.

“Tanya I’m so very sorry to hear of the passing of your mother. You and your sweet family will be in my prayers. The loss of a parent is difficult but knowing they are no longer in pain and are with loved ones that have passed before them I hope lessens your grief.”