Funeral arrangement under the care of
Beard Mortuary

Burial and military rites will follow at Spring Hill Cemetery. The family will receive friends after 10:00 a.m. at the church. Honorary Pallbearers will be Gary Bunn, Gene Lathey, Dr. Charles McKown and Todd Ball.

He was born on August 15, 1934 in Moundsville, WV the son of the late Jacob V. and Odessa Miller Underdonk. In addition to his parents, he was preceded in death by a son Jacob L. Underdonk, granddaughter, Isabella Muriale both of Huntington; brother, Charles (Nancy) Underdonk of Moundsville; sisters Margaret (John) Hungerman of Sarasota, Florida and Sara (Wendall) Dove of Bunker Hill, WV; father and mother-in-law, Luis and Laura Flores of Moundsville; brother-in-law Luis (June) Flores of Loveland Ohio; Sisters-in law, Elvira (Bill) Bartels of Coraopolis, Pennsylvania and Guadalupe (Sonny) Hewitt of Moundsville. Bill excelled academically and athletically as a 4 Sport Athlete – Football, Basketball, Baseball and Track at Moundsville High School where he Received Athlete of the Year in 1952.

He was selected as Radio Station WWVA All-Valley Football, Mr. Touchdown- Ohio Valley 1951 & 1952, and Pepsi Cola Athlete of the Year among others. During his senior year he was recruited by a number of colleges including Ohio State, Michigan and Iowa. He was selected to the North-South High School All-star Game – 1952 where he co-captained the North with Freddy Wyant his teammate and future quarterback at West Virginia University.

The North team also included NFL great Sam Huff, his future college roommate. He would play his entire career at WVU for Coach Pappy Lewis from 1952 to 1957 during the Golden Era of Mountaineer football. He was a member of the 1954 WV Sugar Bowl Team, All Southern Conference – 1956, Recipient of the Most Outstanding Linesman in the Senior Bowl, Mobile Alabama – 1957 and All American – (HM) 1957.

He was drafted in 11th Round by Coach Paul Brown to the Cleveland Browns – 1956. He was named to the WVU All-Century Team, and was recipient of a number of Senior Olympic basketball medals. He was most recently inducted into WV Sports Legends on July 6, 2019.

Bill retired from 84 Lumber Company after 37 years where he had managed and opened stores in Moundsville WV, Elyria Ohio, St. Albans WV, Circleville Ohio, Cheektowaga NY, Cattlettsburg, Ky and Huntington, WV. He was a long-time member of the YMCA and St. Joseph’s Catholic Church. He loved attending his grandchildren’s sporting events, and his monthly meetings with former teammates in Charleston.

In lieu of flowers the family requests donations be made to Little Victories or Hospice of Huntington. Online condolences and memories may be sent to the family at http://www.beardmortuary.com.

Funeral arrangement under the care of
Beard Mortuary

Here are the tributes to William Ray Underdonk.

Would you like to offer William Ray Underdonk’s loved ones a condolence message? Write your message of sympathy today. 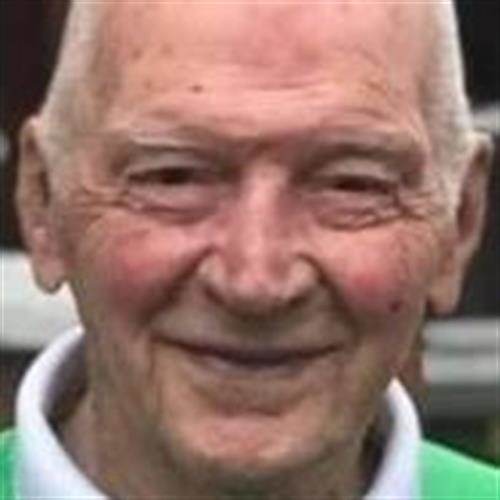